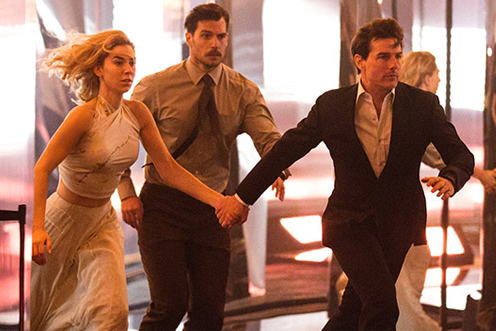 Content: During the sixth impossible mission Ethan Hunt and his team get involved with the criminal organization "the apostles". Robbing them of three plutonium warheads results in a failure. Anyhow Ethan can prevent Luther and Benji from being harmed. After that his superior Sloane puts agent August Walker on his side. Together they try to get closer to the apostles while travelling through Paris, London, Ramstein and the Nubra valley of India. Aside some familiars they meet the mysterious negotiator White Widow, portrayed by Vanessa Kirby. To save India's population from a nuclear fallout, they have to act quickly and disarm the warheads.

Opinion: As always the mission is packed with some freaking action scenes. Climbing, fistfights, house running, helicopter chase, parachute drop, car and motorcycle races are included. As a contrast there are stylish scenes and conversations with memorable characters. However the nuclear contamination story is implausible and far from reality.

Conclusion: Producer JJ Abrams flashes us in this movie with the mother of all lense flare effects. Besides that, I like we harmonic film cut and felicitous camera work. It never gets boring in spite of its length. Ambient music and sound effects are chosen carefully.