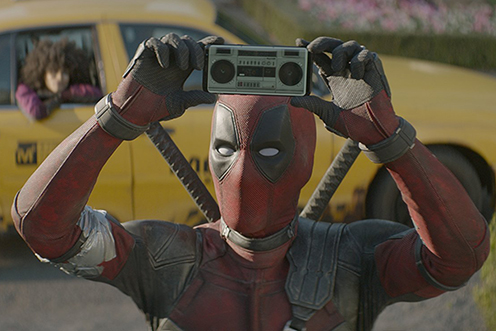 Content: Deadpool, Colossus and Negasonic Teenage Warhead are sent to a boarding school for extraordinary gifted children. In front of the building, mutant Firefist is going crazy. While talking to the boy, Deadpool gets the sinister game of the principal and the other responsible persons of the institute. The cildren are treated bad, bordering to torture. As Deadpool sides with Firefist, both get subdued and taken to a prison for X-Men: The "Icebox". The prisoners lose their powers because of a necklace. Suddenly, the mysterious cyborg Cable appears from the future. What are his motives?

Opinion: Deadpool 2 continues crazy as the first part ended. That movie is really jokes, You have to admit, thanks to the loco crew of Reynolds. But the melodramatic experiments don't work. Special effects seem less dazzling than we are used to by current super hero movies, but this is not a problem at all. Many casual cameos happen. But You should know the mentioned comic universes to get the funny parts.

Conclusion: This movie is really much fun, but it's also as flat You could get over by somersault. Marvel, X-Men and X-Force-Fans with twisted humour: Grab Your cool drink and enjoy this silly-ass motion picture, like I did.